A Dundee business, which provides racquet sports classes for children, has unveiled national franchising plans for the year ahead.

The seeds of Racquet Buddies were sewn when Hayley Donnelly (36), a former primary school teacher, who also represented Scotland in badminton at senior level, was teaching part-time in 2013. Launching her first class, for 10 children in 2013, Racquet Buddies now offers 14 toddler and primary classes for almost 200 children across Dundee, Angus and Fife, generating a turnover of £70,000. 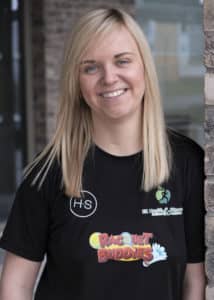 Racquet Buddies offers classes for two to five and five to 12 year olds, with toddlers learning transferable racquet skills which can be used in tennis and badminton, developing their motor skills and coordination, as well as listening and social skills. Primary schoolers go on to learn about specific strokes, techniques and tactics for playing in a competitive game situation.

Now, Hayley has set her sights on recruiting 1,000 ‘racquet buddies’ age two and upwards within the next three years, initially branching into Perth and Perthshire, wider Angus and North Fife and, ultimately, right across Scotland.

Having represented Scotland in badminton in under 15, under 17, under 19 and under 21 categories, Hayley played against various different countries, was capped in ladies’ doubles at senior level, and coached children from the age of 17. She then graduated with a 1st class honours degree in Primary Education in 2007 and worked as a primary teacher in Dundee until summer 2019.

END_OF_DOCUMENT_TOKEN_TO_BE_REPLACED

A family funeral firm, which has been supporting families throughout Fife for over 80 years, has expanded into Rosyth.

In addition to its funeral homes in Kirkcaldy, Glenrothes and Dalgety Bay (Dunfermline), Crosbie Matthew Funeral Directors has become the only independent, family-owned funeral firm in Rosyth, offering a tailored service within the town and beyond. 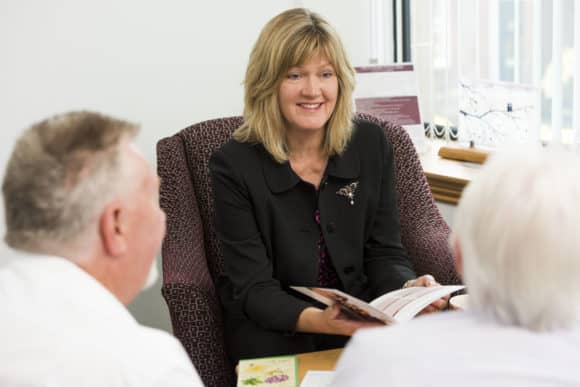 END_OF_DOCUMENT_TOKEN_TO_BE_REPLACED

One of America’s top innovation experts will arm businesses with the skills to increase innovation while decreasing risk when he addresses a major event in Dundee in March.

Inventor, researcher and educator Doug Hall is the keynote speaker at The Enterprise Conversation, hosted by Women’s Business Station.

The event, sponsored by Al-Maktoum College of Higher Education and Dundee and Angus College, will be held at Apex City Quay Hotel and Spa on Monday 9 March 2020.

END_OF_DOCUMENT_TOKEN_TO_BE_REPLACED

Dundee Business Turns up the Heat on Wood-Burning Stoves

A Dundee family business is on a mission to promote the benefits of wood-burning stoves, which they claim suffer from ‘an image problem’.

Fire Surround Centres, owned by brothers Gary and Graeme Turnbull, has joined the Stove Industry Alliance. Formed in 2008, the UK body promotes the benefits of wood-burning stoves and biomass appliances and is the industry voice to Government.

By joining the SIA, Fire Surround Centres hope to combat widespread misconceptions about wood-burning stoves, with many people and businesses claiming they are to be banned and are dangerous to both the environment and consumers.

The brothers are also taking to Dundee city centre this weekend (Friday 24 to Sunday 26 January 2020), demonstrating the stoves and their benefits outside Overgate shopping centre, by the Steeple Church, from 9am until 5pm.

END_OF_DOCUMENT_TOKEN_TO_BE_REPLACED

Some of Dundee’s most vulnerable women are to benefit from a £10,000 grant awarded to a new social enterprise.

Women’s Business Station, which launched in November 2019, has been awarded funding by the Government’s Tampon Tax Community Fund for a project aimed at empowering women supported by four Dundee charities. The team hope to provide a free service to charities supporting women affected by mental health, alcohol /substance abuse and crime, building the women’s confidence, self-belief and skills, ultimately supporting their pathways into volunteering, education or employment/work experience.

Women’s Business Station builds on the legacy of the highly successful and award-winning Coca-Cola 5by20 Dundee programme which offered courses and support for local women wishing to set up their own business. This brand new arm of WBS will see a group of mentor volunteers within the business and local community work with 60 women in year one, rising to 80 by year three, divided equally between each charity.